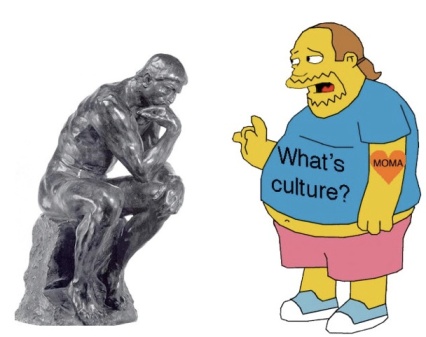 Culture seems to be what a group of people do, along with other notable characteristics, that distinguishes them from another group of people. This might include language, art, various other activities that are not necessarily unique to them only. Culture is part of what they do as a collective group of activities, expressing what is unique about them.

Culture is constantly changing and evolving. Here the word evolution can be applied appropriately. Technology is one of the greatest causes of cultural change. Technology has a way of helping to define aspects of our culture.

Culture is more than what people say or do. The roots of a particular culture are probably in beliefs and values. Spiritual and religious beliefs and values can drive a society to develop a culture that may be quite different from even a close neighboring society.

Individuals and entire groups of people may belong to more that one culture, or sub-culture. Take a group who like classical music and another group who like soccer. Within each group could be found some who may also like both classical music and soccer. These groups each will have some cultural aspects and those people who belong to both groups will have a shared culture. A large portion of these groups, world-wide, may also belong to a much larger group belonging to North Americans and share in the North American culture.

Culture can define who we are as a human being and what make us unique and individual, but also part of a group. It is the shared activities, beliefs and values, and faith. While we do attempt to think individually, we are actually thinking more commonly within our group and culture. In other words, the culture of our society, group or tribe tends to influence how we think; to think outside of that becomes very difficult.

As our culture changes, we change. We try to adapt. We take on different approaches to life. We try to organize how we want to live within the constructs and structure of our society and our culture.

If you are a traveler, perhaps you understand what it is like to go to a culture where everything is different. Language, beliefs and values, art, music, clothing may be different. And yet the people in these other societies and cultures are human beings. You may look to find that which you may share in common that you can identify with. There can be many drastically different societies and cultures in the world that we can visit. The people may even look different. 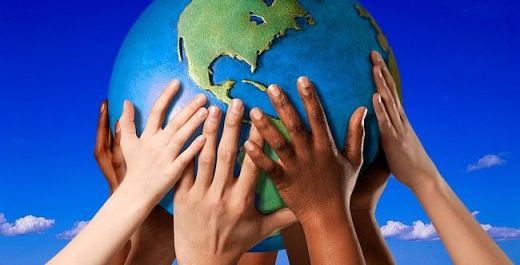 There are many facets to what culture is and what contributes to or influences the creation of culture. Location and climate can influence how people dress and how they make a living, for example. Environment, such as city or country, can influence culture. Power in forms such as education, politics and economics can create a sub-society of upper class citizens with their own culture.

Does technology create culture, or does culture create technology? Probably both, with each influencing the other. Perhaps technology may have the greater influence. Once we had the beginning of technology like MP3 music stored in digital format (a digital file format for storing audio), players became popular; they began to change culture and to drive the development of more advanced technology for delivering and managing music. I remember advertising that was depicting, through music, dance and imagery, this technology fitting into North American culture. As the technology became integrated into the culture, with more people buying products, more technology could be developed.

Let’s take a closer look and just one aspect of how changing music into a various formats changed culture. Originally, recorded music was a single performance on a disk with grooves that could reproduce the sound. Soon, a record could have a recording on both sides allowing for complimentary music to be coupled together. Early records were recorded and played back without the use of any electrical process.

Fast forward to the age of the LP (long playing) record. With the ability to couple multiple songs together in an album, a record could take on a theme, such as all romantic music. The next step was to produce a digital version of the album called a CD (compact disc). The organization of the music, and therefore the theme, remained the same. When music began to be distributed in MP3 format, the file could be sold individually or rearranged. This caused the disruption of the album theme.

Culture can tend to create a separation of those who are in control of money and power from those who do not have much money and therefore power.

In the end, when it comes to culture and being human, we have the desire to belong. We have the need to have a sense of belonging to groups and to the culture they share. We will seek to find the groups that suit us and their accompanying culture.

I should be using the term sub-culture more because we are born into a culture; that culture may be difficult to shed to become something totally new. Some aspect of our identity are not possible to change, such as skin colour; that establishes a certain sub-culture that is difficult to change.

There are certain cultural aspects of us that we have been born with. There are others that we adapt or adopt into to help define who we are as individuals—our identity. Human beings seem to have a great need for this individuality and personal identity.

What about culture online in the virtual world of the Internet? Is there an Internet culture? Do the characteristics of culture apply in the online world as they do in the physical world? Users join groups; some of the groups seem to have a group culture that is shared. People want to fit in. There are certainly cultural norms, that is, behaviour that is considered normal. For example, some groups want users to use their real name. In other groups, nicknames can be used. Throughout the online world, typing with the Caps Lock key on, creating text in all upper case, is considered shouting. Sending messages that are not wanted by the recipient is considered spamming. These are all examples of cultural normative behaviours.

We are building an online world that imitates and is culturally reflective, in many ways, to the real world and in other ways is different, perhaps even less human. The online world does have its own culture; in fact, there are many cultures and some are shared, just as in the physical world.

Some people are said to be cultured if they have been well educated and well brought up. They are seen as having a good, perhaps even distinguished and better, culture.