What we can learn from the music

Are we following technology more than our humanity? In this age of unceasing change, we can easily fall into a trap of technological routines and over-programming of our lives. We become stressed and anxious about living in this dehumanizing jungle of technology. Can jazz music teach us anything about living; about survival in a technology dominated world where machines may one day out think humans?

A jazz approach to life could be a powerful weapon and solution in the technojungle because of its deep humanizing potential. The technobeasts can’t do jazz because jazz is analog, not readable by digital technology. It is a continuum of infinities that no digital technology can comprehend. The human spirit can.

Jazz meanings include, vigour, energy, effervescence of spirit, joy, pep, magnetism, verve, virility, encouragement and happiness. To jazz things up can mean to enliven, liven up, brighten up, make more interesting and exciting, add some colour to, ginger up, spice up, perk up and pep up. It can be enthusiastic or lively talk.

Jazz music is polyrhythmic and polymetric. It has some structure, yet allows for improvised cross rhythms combined with a syncopation that anticipates the beat. To many enthusiasts, jazz must be able to swing.

To play jazz one needs four components shared by many other styles of music. These components are: rhythm, melody, harmony and chords. The order doesn’t really matter. One might choose the melody first which usually comes with chords. Harmony is derived from the chords, however, many styles of jazz use versions of chords that provide a more jazz-like feel. The flavour of the music can be changed by the rhythm. To live a jazz lifestyle one must seek the important components in life and find the right rhythm to follow.

One of the key elements of Jazz is improvisation allowing for free expression and interpretation of the music. When playing jazz, musicians must listen carefully to each other and respect the feel and interpretation each player brings to the performance. The music can change at any time and what one player does can be of great influence to others. It is a very democratic process of life that includes equally all those involved. 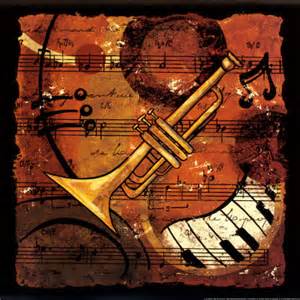 Because jazz music is free expression and full of inspiration and emotion, notes may be changed slightly. Certain notes can be added to give a blue texture. Such notes are called blue notes. Some notes may have their tone bent thus creating a different kind of blue note.

There are a variety of ways to make special jazz sounds and some are unique to particular instruments. A piano, for example, can’t really do a vibrato or shake. A saxophone or trumpet can do the vibrato and shake, but can’t play more than one note at a time, so a chord can only be played one note at a time. This is how a melody can be re-composed on the spot following the chord structure of the music. We can each find our own instrument of life to play along with other people and re-compose our world.

While no two performances of any music are exactly the same, jazz performances can differ greatly. Solos are usually never played the same way more than once and all jazz musicians have their own style and sound. There have been many attempts to write down jazz music. Jazz that is written can capture some of the feeling and provide larger groups a structure so they can play together. A jazz band may use an arrangement. However, the arrangement usually allows for individual free self-expression through improvisation, inspiration—even touching the emotions and intuition of the players and the listeners. Many people think jazz music should never, or can’t be written. For them it is all about taking the barest of structure, perhaps only melody and chords, thus allowing the music to come from their spirit.

Jazz is an analog form of communication. Being analog, which unlike digital, is infinite, moving from one note to another can include every pitch in between those notes. Being analog makes music and jazz best suited to the human body and human spirit.

Jazz music has managed to find it’s way into nearly every corner of the human experience. Along the way, it gathered for itself a myriad of stories and perceptions. Many, like tarnished silverware, are dark and depressing. Yet as the definition above shows, jazz is quite the opposite. It is time to de-tarnish jazz and learn what it really is and to make it our life. It can deepen our humanity and free us from the technojungle that surrounds us.

While jazz music emerged in the late 1800s, the jazz lifestyle was born during the 1920s Jazz Age. It was a post war era that ushered in great technological innovation and cultural change to a world of industry and wealth. Until this era, most children would have a lifestyle similar to that of their parents. New innovations, such as the telephone, phonograph and records, movies, radio, popular magazines and the automobile allowed for a new culture to spread across the country. Young women adopted a rather crude lifestyle and called themselves Flappers. Toward the end of the 1920s though, women were becoming more poised, with correct speech and smarter attire, in other words more respectable.

Jazz music followed the Mississippi on riverboats from New Orleans up north to Chicago and then East to New York. It was adopted by young people from the African-American slaves of the South. The jazz movement captured the youth who were eager to break away from the stiff Victorian lives that seemed to have trapped their parents. It was a time full of excitement and spontaneity.

The Original Dixieland Jazz Band, a white band from New Orleans that made the first jazz recording. They were issued on the Victor label.

“Fine and Mellow” with Billie “Lady Day” Holiday, considered one of the greatest female jazz singers with Lester Young, Coleman Hawkins and Gerry Mulligan and others from a 1957 CBS TV show “The Sound of Jazz.”

Jazz living got into trouble sometimes, leading its followers into drinking and riotous living during a time when the evils of drinking were being curtailed by prohibition. Jazzers were left to follow the music into private and secret night clubs, called speakeasies, run by gangsters.

Like a person of youth, the jazz lifestyle, inspired by the music, needed to do some growing up—to mature. Since jazz music has eventually gained world-wide respect as a unique art form, it is time to take a look at what the style of music can teach us about living in a world of anxiety and unrest where humanity can be buried by the demands of technology.

Jazz is a journey of intimate shared experiences, describing the world and telling stories from the perspective of, developing the authenticity and identity of, each participant. It strives to leave behind the world of stress and anxiety by transforming the moment with peace and harmony. Jazz is an adventure of impulsive spontaneity and self-expression with surprises at every turn. Jazzers compose, recompose and instantly invent and reinvent their life by changing their actions. As an inclusive approach to life, the jazz lifestyle can be lived anywhere by anyone.

Jazz music is about freedom and liberty from oppression allowing self-expression, usually lively, that can swing and lift the human spirit. Yet it adheres to certain structures and is true to its history and legacy. The music has gained respect and is considered the classical music of America. As a lifestyle, jazz living should be compatible with most belief systems and world views since it is a way of living and acting that has the goal of allowing people to be more human. 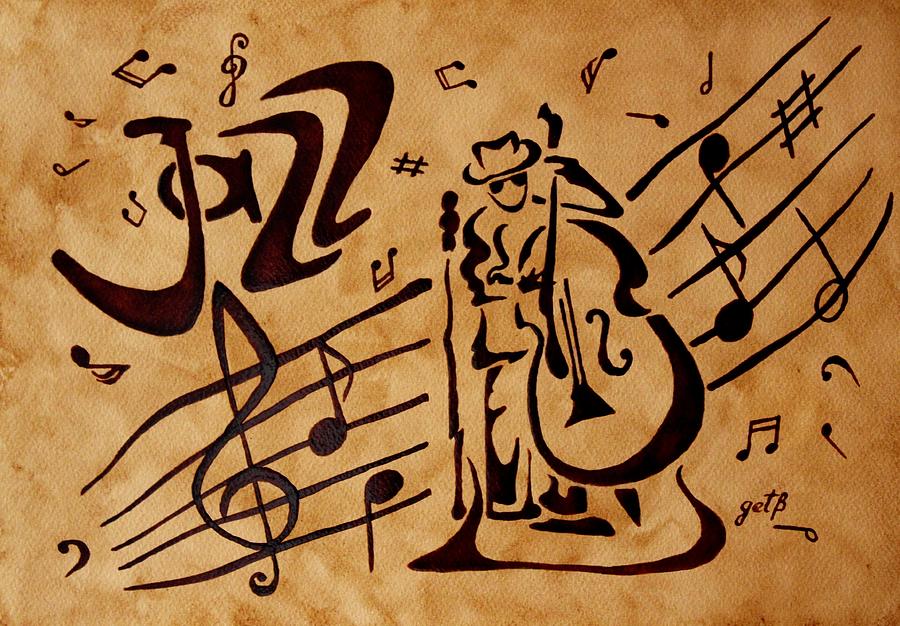 Jazz music insists that all participants listen and pay attention to each other and to the music, and the music brings life. It draws together in harmony the human body, mind and spirit to function as they were created. One will find that the influences on their life that dehumanize and bring stress and anxiety will become less important. A jazz life should help people to break away from the bondages of modern life and focus on the human experience and the things that God has given them.

Jazz music was born in the depths of human misery and despair. It was given to slave people with nothing and is here now to help us living in an enslaving world of technology. With a jazz lifestyle, we can protect ourselves from becoming absorbed by our machines; to keep technology from replacing humanity. 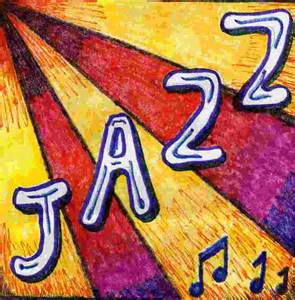 This exploration and discussion about a jazz influenced style of living needs to continue. I am not finished, this article is not complete and I welcome the input from readers.

“I sincerely believe that jazz is the folk music of the machine age.” — Paul Whiteman, popular 1920s orchestra leader dubbed ‘The King of Jazz’ due to his orchestra having so many famous jazz musicians playing orchestrated jazz.

“There was every reason why this music sprang into being about 1915. The acceleration of the pace of living in this country, the accumulation of social forces under pressure (and long before the war, too), mechanical inventions, methods of rapid communication, all had increased tremendously in the past 100 years— notably in the past quarter century. In this country especially the rhythm of machinery, the overrapid expansion of a great country endowed with tremendous natural energies and wealth have brought about a pace and scale of living unparalleled in history. Is it any wonder that the popular music of this land should reflect these modes of living? Every other art reflects them.” — Paul Whiteman

Wynton Marsalis, considered to be one of the leading jazz performers and experts.

As long as there is democracy, there will be people wanting to play jazz because nothing else will ever so perfectly capture the democratic process in sound. Jazz means working things out musically with other people. You have to listen to other musicians and play with them even if you don’t agree with what they’re playing. It teaches you the very opposite of racism and anti-Semitism. It teaches you that the world is big enough to accommodate us all. — Wynton Marsalis

The never to be left out of jazz…