I was up late the other night listening to a band on YouTube called Tuba Skinny from New Orleans. I could not stop listening. These are young folks that can really capture the hot jazz sounds 20s and 30s. Singer, Erika Lewis (also bass drum), is particularly interesting. With a style and approach that is strikingly authentic and true to the style, Lewis seems as if she is somewhere else deep in the music. The group often plays on the streets of New Orleans, where the band originated and can range in size. No matter the size, they play very hot jazz with no music in front of them. They have an energy that can only come from young folks who are immersed in this genre of music. Turn off the colour on your screen and the band looks as if it is back in time, back when their music was just being created for the first time.

Cornet player Shaye Cohn is classically trained in piano, however took up the cornet to play this music. I find that most classically trained musicians don’t usually play with a hot syncopated style. I have found it rare, however that is not the case with anyone in the Tuba Skinny band, despite how any of them may have been trained. The washboard player is truly interesting to watch.

Tuba Skinny takes its name in recognition of a popular New Orlean tuba player, Tuba Fats, who passed away just before the band formed in 2009. Initially, the band was a collection of street musicians, however, in the less than a decade of existence, it quickly garnered great attention as a unique and authentic sounding jazz band that now travels extensively. YouTube is full of great Tuba Skinny videos. While they do many popular tunes, most of gathered from lesser known sources and some are originals. This band is well worth a listen and fun to watch. 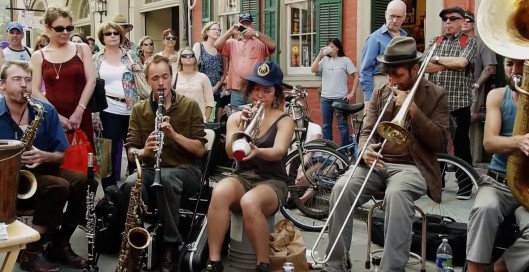 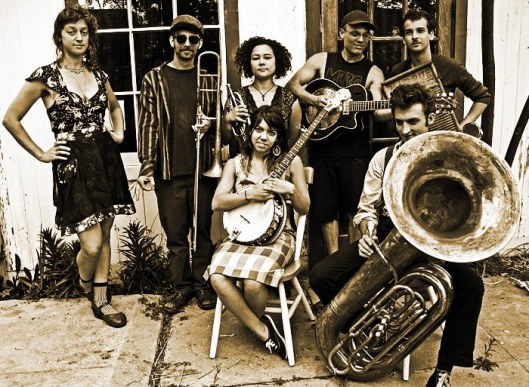 I have many interesting activities in my life—so many that I have neglected my blogs. Since myBobLog is my original and first blog, it is here that I endeavor to begin my blogging journey once again. I start now with a new theme.

My next move will likely be to take a peek at my Technojungle Project. I suppose I have been blaming my blogging neglect on the writing of my upcoming book, however, music has also been a strong draw away. I have even postponed work on my photography.

Don't worry about the details of all these projects and activities. I will make sure the mud settles as soon as I get a better handle on how I want to set up things here on this blog to start with.